The liquid fuel heating industry called on the government to take immediate action to ensure the UK’s off-grid homes and businesses have affordable and realistic decarbonisation solutions as leaders gathered at OFTEC’s 2022 Conference.

Alongside the main event, hosted at the Birmingham NEC in partnership with InstallerShow, the trade association spoke with manufacturers, installers and technicians to hear their views on the challenges facing the off-grid sector as part of the three-day exhibition.

OFTEC Chairman, Nick Hawkins, opened the conference and introduced speakers from the leadership team at OFTEC and UKIFDA and from the consumer platform My Home Farm. The event focussed on the industry’s commitment to a technology neutral approach to off-grid decarbonisation, recognising the diverse nature of the UK’s housing stock and the need for consumers to have a choice of affordable low carbon solutions to suit their needs.

Attendees heard the important role renewable liquid fuels can play in harder to treat homes and received an update on the successful demonstration of Hydrotreated Vegetable Oil (HVO) which is running in over 100 properties originally fuelled by kerosene.

The fossil-free fuel works in existing oil heating systems, following a simple low cost conversion, and reduces emissions by 88%. There was also an update on the sustainability and availability of the fuel ahead of a new report set to be published by UKIFDA.

Industry leaders at the conference were united in their commitment to deliver a UK-wide rollout of the renewable liquid fuel to oil heated homes and called on the government to put in place the policy mechanisms to achieve this over the coming years.

Malcolm Farrow, head of public affairs at OFTEC, commented: “The message from industry at our conference was loud and clear. We’ve demonstrated that HVO is a practical and realistic solution for off-grid decarbonisation with fuel distributors, technicians and existing supply chains ready and waiting to deliver it to homes and businesses across the UK.

“Heat pumps have an important role to play, but to make progress quickly in a way that is fair to consumers and protects them from excessive cost, we need government to adopt a more technology-inclusive approach. For harder to treat homes which could face costs of tens of thousands of pounds to convert, we need to provide a genuine alternative. Our industry has played its part in delivering a renewable liquid fuel solution; it’s time the government provided the policy support needed to roll it out at scale.

“We were pleased to partner with InstallerShow as this was the perfect forum to showcase the united front of our industry in wanting consumers to have a fair choice in how they go green, particularly during this time of economic uncertainty and constrained finances.” 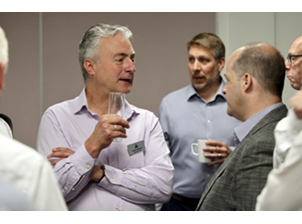 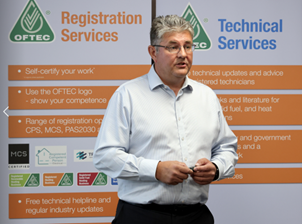